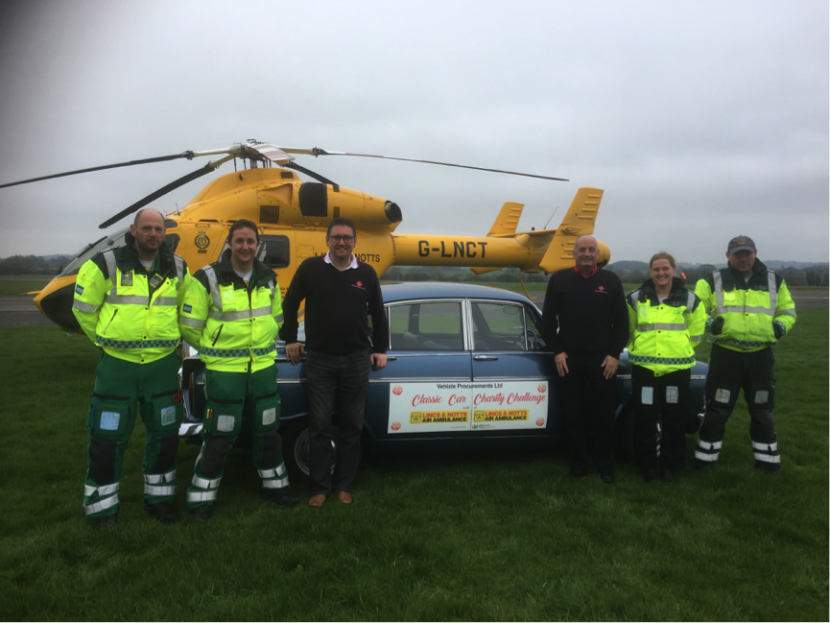 As part of their most recent fundraising campaign for the Lincs and Notts Air Ambulance, and following a successful Charity Gala Evening, Malcolm Ledgar and Mark Campbell, the Directors of Vehicle Procurements Ltd (VP), have completed their Classic Car Challenge.

They set off in a 1967 Humber Sceptre to drive round the boundary of the Air Ambulance Service on Wednesday 22nd March.

The Humber Sceptre is fitted with a Perkins diesel engine, and guests at the Gala Evening were invited to buy tickets to guess how far the car travel, how long it would take and how much fuel would be used on this epic journey.

The Sceptre's progress could be monitored as Mark updated VP's Facebook page every half hour or so. The journey started in Kings Lynn, ended in Grimsby and took in Stamford, Melton Mowbray, Nottingham, Worksop, Mansfield, Maltby and Scunthorpe on the way.

Their recent Charity Gala Evening, held on the 25th February at the Dakota Nottingham Hotel, raised £5,910 for the Lincs and Notts Air Ambulance and was attended by nearly 90 guests. The main event was an auction of a Freddie Mercury autographed and framed Queen record and two pairs of hospitality tickets to any 2017 BTCC race event courtesy of MG Motor Ltd.

Raffle Prizes were also up for grabs courtesy of Barclays Bank in Mapperley and one lucky guest won £100 and a bottle of champagne in a 'Magic Key' challenge.

Lincs and Notts Air Ambulance appreciate the support as many people don't realise they are a charity and receive no Government funding at all.

Their community fund raiser Karen Carter said, "We are extremely grateful for the support of Vehicle Procurements Ltd. As a charity we rely on donations from local businesses, organisations and individuals to raise the £2.1m it takes to keep the Ambucopter operational and saving lives 365 days of the year. Our crew responds to the most serious of 999 calls, with each mission costing on average £2,100. The money that VP has donated will more than pay for nearly 3 life-saving missions. Thank you to everyone who helped to raise this incredible total."

VP would like to thank all the guests for their amazing support, and in particular their local customers and partners Rainworth Skoda, Keyworth Classics, A1 Fabrications, MDT Windows, Ken's Motors, Park Lane Selfdrive, Fearn's Builders Merchants and Barclays Bank for their contribution and allowing Chris Newton to be our auctioneer.

Malcolm and Mark are please to be able to announce that the winner of the Challenge to guess the distance, time and fuel was Tina from Amvale Ltd 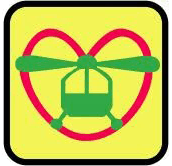